So I’ve been very quiet recently, for 3 main reasons:

As you can tell by the title, the last point is what I shall write about today…

So those who know me are aware that I’m a big cider fan. Every year I attend the Great Welsh Beer and Cider Festival in Cardiff, I’m always buying different ciders to try myself

ask them to bring me back some scrumpy. For a while, though (probably around 2 years), I’ve been planning to make my own cider. I figured it could be a nice little project and I may make something I like. Well I finally got around to it, along with my mate Kris Marsh.

For my 30th birthday this year I received a cider making kit with a pack of Ritchies “on the rocks” perry – we thought this would be a good place to start as it would allow us to get a feel for the process, even though the ingredients was all from a tin. It was very simple to make, we essentially followed the instructions on the tin which went something like:

That was pretty much it for our first shot. It took us a few hours because we were being extremely meticulous (sterilised everything) but the more we have made the less careful we have been (in actual fact the key thing for getting good taste is apparently a steady fermenting temperature). The end result was a perry that tastes ok up to 3 months, but beyond is actually quite decent – for the price of it you really can’t go wrong!

After this we made some Beaverdale Chardonnay (1 gallon) and a beer kit (I’m not sure which as this belonged to another friend) – the wine took a little extra effort due to the finings and other chemicals required to make it clear but the end result was nice, if a little cloudy. I’m not in to beer so can’t comment myself but those who have drunk it have said it’s ok despite it not being fully matured yet.

On that note I would just like to add it’s really worth giving around 3 months to mature before drinking – though I do recommend having a taste every couple of weeks to taste the difference, especially if you are new to home brew.

So that’s it for my first attempt at home brew. In the next couple of days I will write another article about my foray in to cider making from real apples, and I’ll share some of my learnings which will hopefully help anyone else who is interested.

NOTE: I’m not affiliated with any of the websites I’ve linked to in anyway, nor do I get any commission – I’ve used these as examples as they were the closest I could find to what I have and I’ve also happened to have purchased most of my stuff from www.the-home-brew-shop.co.uk so that’s what I know. 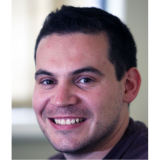 3 replies on “My introduction to home brew”

[…] my series on home brewing, if you are interested in reading from the start please look at ”My introduction to home brew“. So up until this point I’ve made some home brew from packs and I’ve made a […]

[…] recently been blogging about my experience of home brew; I first blogged about “My introduction to home brew“, then how “To make a scratter” and finally “Cider making, from fresh […]